Having a go-to Vegan Cheese Sauce Recipe that you can whip up in 5 minutes is absolutely imperative in the plant-based world. This is the only one you’ll ever need!

Cheese! I swear, it’s the topic on all new vegan’s minds as they go through the transition from a dairy lifestyle to no milk, eggs, ice cream, or cheese. The first week without it is ok. You’re on the high thinking you can do anything and you have no problems not pouring sauces and dressings on your tacos or salads. and then boom – you are craving cheese like no other!

That’s where this vegan cheese sauce quickly comes into play.

And I mean it. You’re going to want to have this on hand as soon as possible to make sure you don’t end up caving into the real stuff. Cause those cheese cravings are brutal.

I’ve been mostly vegan for 2 years, and it’s the cheese that gets me. It’s the reason I had such a hard time going from vegetarian to vegan. And it’s the reason I sometimes call myself 90% vegan. A vegan rebel. Judge all you want, but I’m sure you’d also agree that it’s hard and definitely a process.

Especially for those of us who grew up on the block of velveeta and rotel at every party. I mean, c’mon! That stuff was bomb!

I am committed to now having a jar of this vegan cheese sauce in my fridge at all times, so I’m never caught in a situation where I’m craving something to dip my fries in, to smother my burritos with, or to drown my nachos in.

Where to buy vegan cheese sauce.

So here’s the thing. You can totally buy it. I’ve seen the Siete queso at Whole Foods and Natural Grocers. I’ve also seen that Walmart even started carrying a cashew-based vegan cheese sauce. I can vouch for the Siete brand as being absolutely delicious. I put pretty much the whole thing down in a night – oops! I have yet to try Walmart’s brand, but I’m definitely curious.

So if you’re not feeling like making a batch of this vegan cheese sauce recipe, feel free to go the convenience route – although I promise you, this will take less time than getting through a wal-mart cashier to get the ingredients.

Yes? No? Healthy is such a broad term, so it really depends what you consider healthy.

For me, I feel that it’s healthier than actual cheese. It doesn’t have the antibiotics, steroids, and nasty stuff you’d find in cow’s cheese.

Is this vegan cheese sauce keto? no. low carb? no. raw? maybe? I don’t think so.

Anyway, my point is – use your best judgment, but I feel like this is a healthy option to cow’s cheese.

What is vegan cheese sauce made of?

I’ve seen vegan cheese made out of so many things. Tofu. Cashews. White beans. So many different things.

These are the ingredients I use in this nutritional yeast cheese sauce recipe.

Very simple ingredients that pack this with a ton of flavor, making it the best vegan cheese sauce I’ve ever had. Like I was eating it by the spoonfuls all by itself. It’s that good! 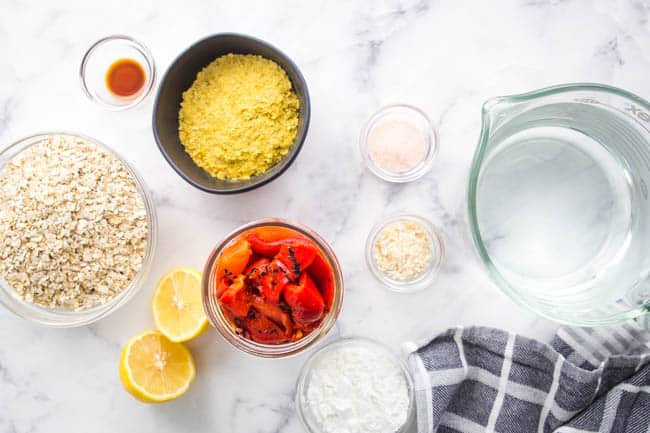 How to make vegan cheese sauce?

This one is so simple. Unlike my other vegan cheese, this one doesn’t require cooking any veggies first or anything. You just toss everything into the blender, and move on with your life.

Some information about after your make the vegan cheese sauce recipe:

Well, for my family, about 2 days, and it’s gone. No, I’m kidding. This recipe makes a ton of cheese sauce. 64 ounces, to be exact. So chances are high that you’ll have some leftover. I’ve kept it for up to 2 weeks in the fridge, and it’s still just fine.

How to store vegan cheese sauce?

You’ll want to store in an air-tight container or mason jar in the refrigerator. Over a day or two, the sauce may separate a little bit or get a little bit of liquid right at the top. Just stir it up to combine again, and you’ll be good to go.

Can you freeze vegan cheese sauce?

I haven’t tried freezing this specific vegan cheese sauce recipe, but to be honest, I don’t think it would work very well. I would like to give it a try to see if it does, but I just haven’t gotten to that point yet. If you end up trying to freeze this recipe, please leave a comment to let us know how it works out.

How to use vegan cheese sauce

You can use this recipe in so many ways. It’s great for dipping veggies in. I know my kiddo has always loved dipping things into a sauce, and this is a great place to start.

You can also make nachos with it. You could fill burritos with it. Or maybe top enchiladas with it. It would be perfect for just a chip dip. Leave it out on the table for when friends come over, and you’d be golden! And what if you added salsa or a chili to it? Totally winning with that combo!

As for re-heating this vegan cheese sauce. It can totally be done in the microwave, but please be aware that it reacts a little strangely to the microwave. You’ll want to place the sauce in a microwavable bowl and microwave in 30 second increments at 50% power level – stirring between each interval. This prevents that sauce from seizing and clumping up around the edges. Otherwise, you’ll be good to go! 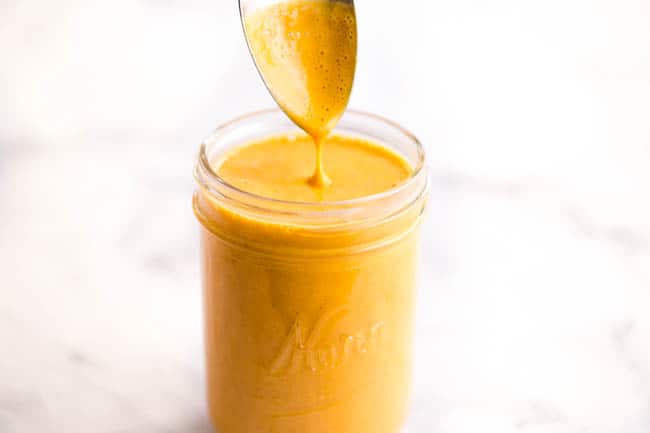 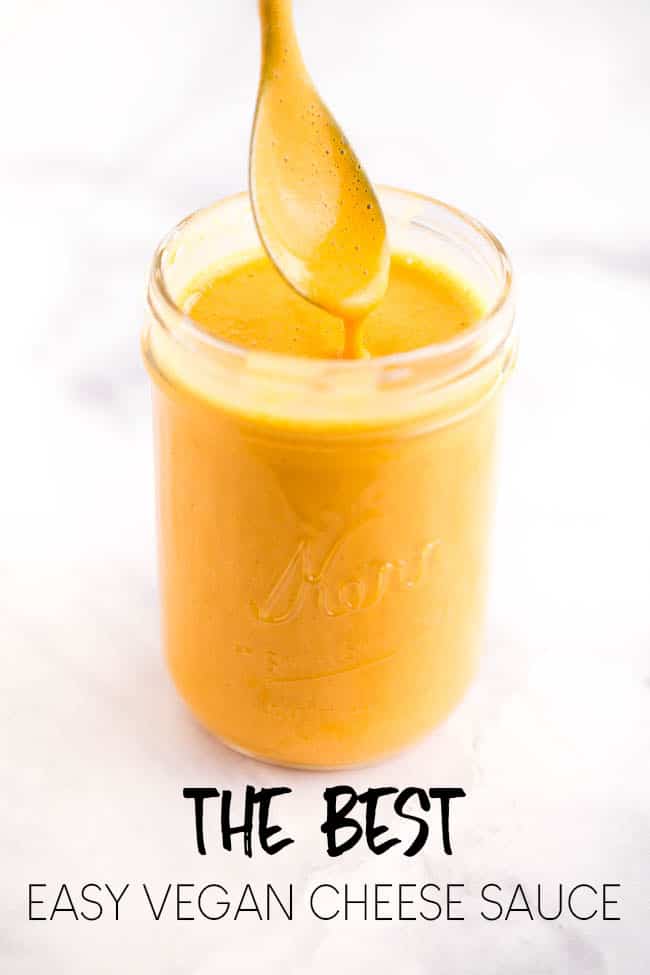 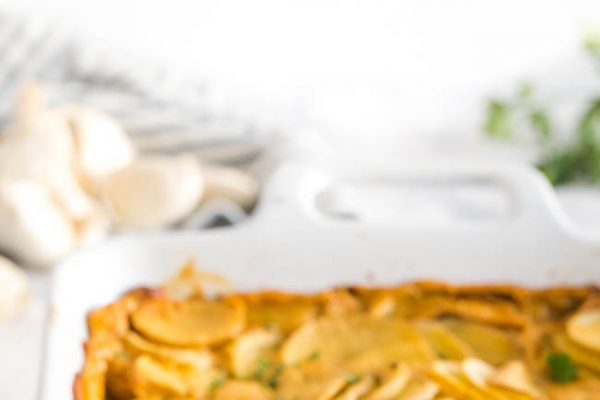